The bottom of the slump? 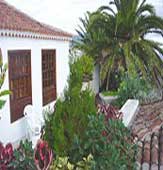 On the face of it, little could get worse in the Commonwealth of Northern Mariana Islands (CNMI).

Tourism is at a 10-year low. The sizeable garment industry has been heavily hit by the 2005 Multi-Fiber Agreement. Unlike Guam, there are no US bases to pull the Commonwealth out of recession.

Yet the attractions of CNMI are considerable. Self-governing but politically linked to the US, it is a tax haven. Residents' tax rates peak at 9%.

Tourism is important. The CNMI makes itself particularly open to Japanese and Korean tourism, allowing the nationals of those countries complete visa waivers.

Despite the long slump in Japanese tourist numbers, Korean tourism has recently been increasing, with Asiana Airlines increasing its flight numbers, and China Eastern Airlines now flies to Saipan four days a week, promising a potentially large flow of Chinese tourists. The CNMI's US-associated and tax-haven status makes the territory attractive for many retirees and entrepreneurs, despite strict property purchase restrictions.

Real estate prices in CNMI have fallen in some locations by as much as 90% since 1997. Building permits slumped from a year high of 597 in 1999, to 292 in 2006. Article 12 of the constitution did not help, especially when combined with controversy over violations of the article. 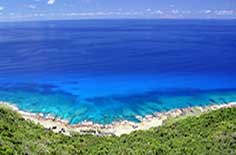 Article 12 restricts ownership of land to people of at least 25% CNMI descent. Persons of non-CNMI descent are allowed to lease private land for a maximum of 55 years. Recent proposed amendments of the lease period were defeated in the House of Representatives and so could not be put to a ballot, but that may not be the end of the story. At present there is no multiple listing service in CNMI, nor any formal industry-wide membership organization, thus, no industry-wide data on prices.

The pressure to open up to the retiree market will inevitably increase. Tourism aside, the CNMI's major economic engine is the textile industry. Asian manufacturers have been able to set up in Saipan, hire temporary workers which under CNMI rules can be paid less than the US minimum wage and are exempt from US visa and immigration rules, and sell the produce freely in the US.

The influx of temporary workers over the last 20 years has led to one of the world's highest population growth rates, and the foreign-born outnumber the indigenous 2-1. However, these manufacturers have been impacted by the January 2005 Multi-Fiber Agreement, which ends textile quotas. Relatively higher-cost producers such as the CNMI are in trouble. 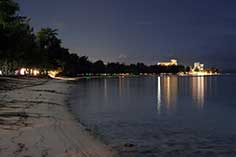 Will tourism recover and save the CNMI's economy or will the growing sense of crisis eventually force a revision of Article 12?

Something is needed to save this rather top-heavy economy, with its high load of government employees. As one commentator remarked: "In CNMI, the government is everything." That is not a recipe for economic success.