Tunisia's law is PRO-LANDLORD, in the free market segment. The rent can be freely agreed between the landlord and tenant in all market segments. There is no legal maximum annual rent increase for free market tenancies, but any increase must be stipulated in the contract (the usual level of annual increase in practice is 5%).

Rents: Can landlord and tenant freely agree rents in Tunisia?

The rent can be freely agreed between the landlord and tenant. There is no legal maximum annual rent increase for these tenancies, but any increase must be stipulated in the contract. The usual level of annual increase in practice is 5%.

For contracts governed by Law No 76-35 of February 18, 1976 (see below) which grants security of tenure, the initial rent can be freely agreed between the owner and the tenant, but rents are automatically subject to an annual increase of 5%.

In certain cases if the tenant is a non-Tunisian individual a tenancy contract will require preliminary authorization.

The tenancy contract may stipulate a rental deposit or a security deposit.

What rights do landlords and tenants have in Tunisia, especially as to duration of contract, and eviction?

The applicable law depends on how long the tenant has occupied the building, and on the building's age:

The duration of the contract can be freely agreed between the parties.

At term, the lease may be renewed by tacit agreement for the same period, until a notice is being given by either of the parties in advance through bailiff or by registered mail. Alternatively the owner can require the tenant to quit the premises by court order, rendered through a summary procedure by the President of the Tribunal of First Instance.

During the contract term, the tenant can rarely be evicted. However in case of non-payment of rent by the tenant, after a reasonable notice (commonly two months) the owner can obtain a court order for eviction through a summary procedure. In addition, the owner is entitled to ask for the immediate termination of the tenancy contract. 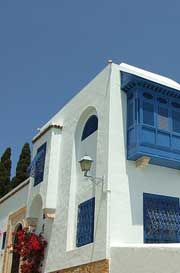 Law 76-35 tenants can rarely be evicted, perhaps only if the building is likely to fall down, or if the owner or a member of his immediate family intend to live there. In those special cases, six months notice is required.

How effective is the Tunisian legal system?

The Tunisian Law allows recourse to a summary procedure before the President of the Tribunal of First Instance. The Tribunal can require the eviction of the tenant at contract term-end, or order eviction for non-payment of rent. This procedure is fast and effective. 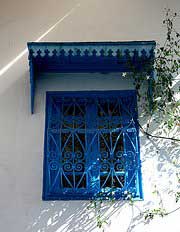 Tunisian general law is governed by the principle of free agreement between the owner and the renter. However after Tunisian independence on March 20, 1956, some laws were promulgated to ensure stability in the relationship between the owners and the tenants, such as the law No76-35 of February 18, 1976.