Rents: Can landlord and tenant freely agree rents in Uruguay?

Rents can be freely agreed between the landlord and tenant. The only restrictions concern rent agreements where the permit for the construction of real estate was obtained prior to June 2, 1968. In this case the rent must be paid in local currency (Uruguayan Pesos), under Decree-Law 14.219 (the "DL").

Under the free contracting regime rent increases may be freely set by the landlord and tenant by mutual agreement, without restrictions.

For lease agreements regulated by the DL, rent increases are governed by an index set by the Statistics and Census National Division ( "Instituto Nacional de Estadisticas y Censos"), the so-called Readjustable Rent Unit ("Unidad Reajustable de Alquileres") ("RRU"). During the first year of DL contracts, rents cannot be increased. After the first year, the rent is multiplied by the change in the RRU.

Only two kinds of security deposits are permissible, and other securities such as pledges, mortgages, etc, are legally forbidden. The two securities possible (each of which has two variations) are:


What rights do landlords and tenants have in Uruguay, especially as to duration of contract, and eviction?

Lease agreements must specify a legal term, which may not exceed 15 years. Under the free contracting regime the duration of lease agreements may, this specific limitation aside, be freely agreed. 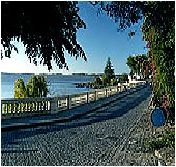 Once the lease agreement term and one year extension have expired, the tenant must return the real estate property to landlord. If the tenant fails to do so, the landlord can file legal actions (against tenant) before court and begin eviction proceedings.

How effective is the Uruguayan legal system?

How long it takes the landlord to collect unpaid rent, depends partly on the security granted:

As mentioned above, in Uruguay two different regimes govern lease agreements. There is the regime established by Decree-Law 14.219 ("DL"), which protects tenants. And there is the free contract regime, governed by the Civil Code rules and by Law 8.127. This regime regulates lease agreements for residential purposes as well as for industrial and commercial purposes, where the permit for construction was obtained after June 1, 1968, and also governs lease agreements expressly excluded from the DL regime, such as bank lease agreements, and international organizations' lease agreements. 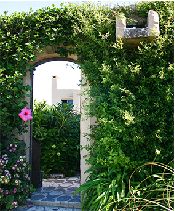 Lease agreements were originally regulated by the Civil Code alone, which only touched those aspects of rent agreements not expressly covered by the parties' mutual agreement.

But mandatory rules to protect tenants and to limit the parties' free will were established on December 16, 1927, by Law 8.153. The next major legislative step was Decree-Law 14.219 enacted on July 11, 1974. Despite amendments, its main framework is still in effect.

Additional costs, such as municipal taxes and basic services fees,are paid by the tenant.