Rents: Can landlord and tenant freely agree rents in Panama?

Rents can be freely agreed between landlord and tenant.

In general, lease agreements can freely incorporate increases in the rent every certain amount of years, as agreed between the parties. Nevertheless rents equal or lower than US$150 per month, which are regulated by Law No. 93 of October 4, 1973, can only be increased with prior a written authorization of the Ministry of Housing, which will issue its approval depending on the fairness of the sums charged to the tenant and the reasonableness of the return on the landlord's investment.

What rights do landlords and tenants have in Panama, especially as to duration of contract, and eviction?

In general, there are no restrictions or limitations in regards to the duration of a lease agreement. The parties can freely agree on the duration of the lease contract, as well as the extension period, unless the rent payments are equal or lower than US$150 per month.

The tenant however is not bound by the agreement as to the duration of a lease, but can terminate the contract any time, with a thirty calendar day notice to the landlord.

In those contracts regulated by Law 93 of 1973, the term of duration must be of a minimum of three years. In addition, the tenant has the right to have the lease agreement extended for the same amount of time if upon the termination of the contract, if the tenant is up to date in all the rent payments.

How effective is the
Panamanian legal system?

The eviction proceedings for the lease agreements not subject to Law 93 of 1973 must be filed before the municipal or circuit courts of the Panamanian Judicial Branch. Enforcement of the order is carried out by the Corregidor, the highest authority of the borough where the tenant resides.

Eviction procedures for those lease agreements regulated by Law 93 of 1973 are filed before the Housing Commission of the Ministry of Housing.

In general terms, the court systems works, although the caseload is substantial and it may take several months to finalize the evictions.

Executive proceedings for collection of payment are also under the jurisdiction of the municipal or circuit civil courts of the Judicial Branch.

The lease of urban real properties is in addition regulated by Law No.93 of 1973. The lease of privately-owned real properties to be used as residence, commercial establishments, professional use, industrial and educational, will depend on private agreement between the parties and will be regulated by the Panamanian Civil Code Law No.93 of 1973 also regulates sub-leases and the lease of rooms and furnished apartments.

The following leases are subject to the provisions of Law No.93 of 1973:


The following leases are excluded from the application of the provisions of Law No.93 of 1973:

From 1917 until the beginnings of the decade of the 1970, laws regarding lease contracts were dispersed and without practical impact because they were mostly not enforced.

In 1944 the Urbanization and Rehabilitation Bank (URB) was formed as an entity to try to solve the urban tenancy problem. In 1953 the Economic Fostering Institute was created and the URB became part of this entity. In 1958 the Urban Housing Institute (IVU) was created and finally the Ministry of Housing was organized in 1973. Law 93 of 1973 was enacted as an integral solution to a previously dispersed and anarchic regulation of a very complex situation. 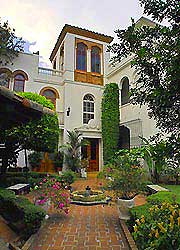 In the past decades since the enactment of Law No.93 of 1973 there have been no substantial changes in the landlord-tenant regime, but the Ministry of Housing has issued regulations on issues such as deposits, payment of water services, increase of rent payments, eviction procedures, among others, all of which are provisions of Law No.94.

Real estate agents act as intermediary between landlords and tenants. Lease duration is usually 3, 5, 10, 15 or 20 years. The tenant has the right to terminate lease with penalties agreed. Rent is usually indexed annually to an agreed rate of 3% - 5% per year. Rental deposit is usually 2 - 3 months with 1 month deposit to the ministry of housing and 1 - 2 months for the lessor. The rent is payable monthly in advance.

There are approximately 2,000 real estate agents working for about 230 firms in the Republic of Panama. A licensing law was passed in July 1999. Most real estate firms provide full services, such as sales, leasing, management, and valuations. The commission structure is ranging from 3% to 6 % depending on whether the seller commits to a substantial advertising budget. Commission is usually paid by the seller and is at 5%