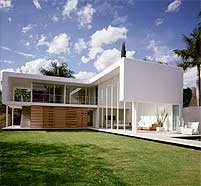 Mexican law favors the tenant and it is difficult for the landlord to evict the tenant upon the termination of the contract.

The following article provides an overview of leases of residential properties in urban locations (there are special and more protective provisions for rural areas). Due to the fact that each Mexican state has its own civil laws, the following information is only related to the legal provisions applicable in Mexico City.

Rents: Can landlord and tenant freely agree rents in Mexico?

Rents in Mexico City can be freely agreed by the landlord and tenant, and formalized in a Contract of Lease (Contrato de Arrendamiento). Preferably, the contract should be in writing, but a verbal contract between the landlord and tenant is valid (however, the Landlord will be deemed liable for the lack of formality and will face problems to evidence the terms in which the Lease has been entered). Rents must be determined in Mexican currency (pesos). The parties may freely agree the terms for rent increases, based either on increases on the consumer price index, or on other parameters.

The civil codes of some Mexican states impose certain limitations to avoid abuse in the determination of the rent for residential properties and rent increases. Therefore the applicable legal provisions of the state in which the property is located should be considered when drafting the lease agreement (not only with respect to the determination of the rent, but also with respect to the general rights and obligations of the parties).

The Civil Code does not state a maximum deposit, but only that the lease agreement shall indicate the guaranties, if any, agreed by the parties. In residential leases, the landlord customarily requests a one-month security deposit. For residential properties it is not customary to request rental deposits, though each monthly rent is customarily paid in advance.

Additional types of guaranties, such as an institutional bond or a solvent guarantor are usually requested. The liabilities of the guarantor expire upon termination of the term of the lease, unless otherwise agreed.

The contract normally states that the tenant cannot apply the security deposit to the last monthly payment of rent, and that landlord will not return the security deposit until the property has been delivered in the same condition as it was delivered, normal wear and tear excepted, and that any payments of utilities under tenant's cost have been totally paid (water, electricity, gas, telephone, among others).

What rights do landlords and tenants have in Mexico, especially as to duration of contract, and eviction?

The minimum term for residential leases is one year, and the maximum term is ten years. A time-limited contract cannot be unilaterally terminated early by one of the parties, unless he/she obtains the consent of the other party.

Agreements can also be entered into for an indefinite period. In such case, any of the parties can terminate the agreement by providing a 15-day written notice to the other party. 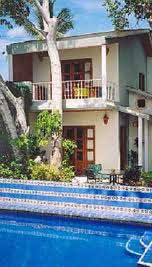 Historically, in Mexico, the law has favored the tenant. It takes time, effort and legal expense to evict existing tenants. Notice is required for eviction at the end of a contract, otherwise, the time-limited lease will convert into a indefinite-term lease. Fortunately, under the current provisions in effect since October 19, 1998, the agreement may thereafter be terminated under a 15-day notice. No reason need by given by the landlord for the termination. But the problem is that if despite the landlord's notice, the tenant remains in possession after termination of the agreement, the landlord will need to go to court to request eviction. A trial and enforcement of a final resolution for termination of the lease agreement, eviction of property and/or collection of rents may take from one year (if the tenant does not exercise appropriate defenses) to several years, in highly disputed cases. The average duration of the judicial dispute is approximately eighteen months.

In case of death of either tenant or landlord, the lease agreement will not expire, and therefore, the spouse or concubine, children and other relatives of tenant will have the right to remain with lease agreement, provided that they inhabited the leased property during tenant's lifetime. This provision cannot be waived with respect to residential leases.

How effective is the Mexican legal system?

In general terms, Mexican courts are not very efficient due to the high workload and other misfortunes of Mexican bureaucracy. However, Mexico City and some states have implemented certain measures to improve the administration of justice; for example, in Mexico City, tribunals specializing in disputes related to leases have been created to expedite resolution. In addition, amendments to the procedural law have been approved in various states to expedite matters.


The above example makes certain assumptions. In practice, Cuesta Campos estimate is that the reasonable average for enforcing an eviction will be of one year and a half, considering that appeals and "amparo" claims may be interposed prior to having a definitive and unappealable resolution to be enforced.

Due to the fact that Mexico is a Federal Republic, each of the 31 states has its own regulations in connection to leases. These regulations are comprised by the Civil Code of each state.

The current Federal Civil Code was published in the Federal Official Gazette on March 26, 1928 and has been in effect since October, 1932. Since then, it has undergone several amendments.

On December 30, 1948 an important decree was published in order to indefinitely extend the term of leases in Mexico City, causing a rent freeze for properties leased at that time. On December 30, 1992 this decree was abolished, though a grace period ranging from thirty days to four years (depending on the type of property and value of the rent payments) was given to existing leases.

In 1993 important amendments were included with respect to lease agreements for residential properties, which did not become effective for residential properties at that time leased until October 19, 1998. For agreements entered prior to this date, the tenant was granted the right to renew the agreement for two additional years, provided it was current in the payment of rents. With respect to leases entered after October 19, 1998, such tenant's right was eliminated, and now the minimum compulsory term of lease agreement is one year, unless the parties mutually agree to early-terminate the agreement.