The Tenancy Law in Honduras is VERY PRO-LESSEE.

However, the Global Property Guide thinks that the Honduran Tenancy Law is not very pro-lessee. It appears to be neutral, or at least pro-tenant. One of the reasons is, in relation to other countries, it takes less time for the landlord to evict the tenant in the property.

The relation between the Lessor and the Lessee are considered under Honduran Law relations of public policy. Under Honduran Law, Lessor and Lessee can freely determine the terms and conditions of their "Leasing Agreement", provided however, that the there are some terms and conditions which cannot be modified by agreement of parties, for example, a Lessee under Honduran Law has the right to terminate any lease agreement with prior written notice of eviction or Termination of Leasing Agreement of sixty (60) days and the rights of the Lessee under the Law cannot be renounce, unlike the rights of the Lessor which can be renounce. We must say the eviction procedure and collection of unpaid rent can take long in our legal system.

Rents: Can landlord and tenant freely agree rents in Honduras?

According to Tenancy Law, all terms and conditions of an Agreement are set freely by the parties as long they are not contrary to the Law and Order. The initial rents, as well as the increases, are set freely by the parties as long as the Value of the Property exceeds an amount of US$2,000. If the Value of the leased property is below such amount, we have a Rent Tribunal that is the Administrative Department of Lease Issues and they have certain rules and procedures for the regulation of rents for such properties.

The deposits are determined by the will of the parties. Neither the Tenancy Law, nor the Civil Code, requires a deposit in a Leasing Agreement, however, it is a custom to establish a deposit equal to one or two months of Rent. 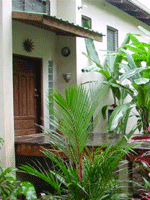 What rights do landlords and tenants have in Honduras, especially as to duration of contract, and eviction?


How effective is the Honduran legal system?

In Honduras we have two legal institutions in charge of enforcing the Tenancy Law and the Civil Code:


When we submit a lawsuit of eviction to the tribunal in the case of unpaid rent or failure to comply with any of the terms and conditions in the Leasing Agreement, the Lessee can at any time (before the eviction sentence) put an end to the procedure initiated by the Lessor by paying the amount owed at that particular time plus the cost of the trial. The foregoing right is only granted to the Lessee that has been sued for payment default for the first time with respect to the same Leasing Agreement.

After the sentence of eviction has been pronounce, the Lessee must be notified of the resolution and is given fifteen (15) to thirty (30) days to leave the property.

The time period to resolve a lawsuit of eviction in the Tenancy Tribunal is unpredictable due to the poor effectiveness of our legal system and all the legal resources that are available to the other party in order to delay the trial.

The issues between Lessor's and Lessee's are regulated by the following laws: 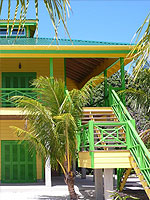 The Tenancy Law covers all leases related to the occupancy of urban or suburban housing and establishments destine to private, industrial, professional or commercial purposes. The Leasing Agreements related to other land or establishments (other than the ones mentioned before) are regulated by our Civil Code which at the same times acts as secondary law for all those situations that are not contemplated under the Tenancy Law.


Among the obligations of the Lessor's established in our Civil Code, we found the following:

A Leasing Agreements terminate for the same reasons as the other Agreements permitted by the Law terminate, but, especially for the following reasons:

Since 1906, our Civil Code enforce the aspect of tenancy in general terms and it wasn't until 1966 that our Congress enacted the Tenancy Law under which Honduras encouraged and recognized private property and declared of public interest all leasing of property located in urban or sub urban areas.

Since foreign ownership is limited in Honduras, rentals of properties such as condominiums have become common practice. Condominium and home owners association have extensive guidelines to bring to clients peace of mind ownership derived from the membership from the association. Normally, fees such as maintenance, security, and insurance for fire, lightning, earthquake, hurricane, explosion, malicious damage and riot are individually charged by the association. Utilities such as telephone, metered electricity, television services and cable installation are part of individual's additional costs.