Tenancy laws are neutral between landlord and tenant in Guatemala 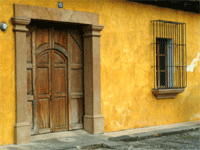 Rents: Can landlord and tenant freely agree rents in Guatemala?

Rent indexation clauses are permissible, and normal. Indeed the amount of rent may be calculated according to the price of any product in the local market.

Lease contracts must be registered in the General Registry of Deeds when:

There is no legal limitation on security deposits. It is usual to leave on deposit an amount equivalent to one month's rent. This will be returned to the leaseholder when the term is over, if there are no pending bills to pay or arrangements to make to good.

What rights do landlords and tenants have in Guatemala, especially as to duration of contract, and eviction?

The Civil Code establishes that, when the terms or concepts of a contract are clear, and there is no doubt about the intention of the contracting parties, the text of the contract must be interpreted literally.

However, if the words are unclear, or are phrased against the evident intention of the contracting parties, the parties' intention will prevail. In the specific case of leasing, any clauses concerning the length of the term which are unclear will be interpreted in favor of the leaseholder, so long as he is not delinquent in the payment of rent. Therefore it is very important for contracts to have specific and well defined clauses and terms regarding the term and the manner and conditions of the payment of rent. 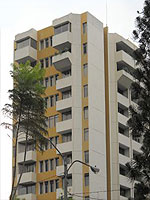 When the term of the lease expires, Guatemalan law imputes a tacit renewal of the lease if the tenant does not return the property and if the owner does not claim it, but receives the rent for the next period, without making any reservation. In that case it will be understood that the contract is extended under the same conditions, but for an undetermined term.

Therefore it is advisable to include in contracts a clause stating that when the term expires, the contract cannot be extended for undetermined time (note that any personal guarantees on a contract extended in this way are automatically extinguished, unless the consent of the guarantor has been given).

It is important to note that, when the right to extend a lease is agreed in the contract, the extension will be automatic unless three months notice is given before the end of the contract.

Normally, contracts will end because:


A contract may be cancelled:


If the leaseholder is unable to use without fault, totally or partially, the object rented, he is not obligated to pay the rent in the first case and in the second, he has the right to request a proportional reduction of the rent, if it had been provisioned in the contract or by judicial intervention, if not. In either case, if the obstruction lasts more then two months, the leaseholder can request the cancellation of the contract.

Also, another possibility for the cancellation of a leasing agreement or contract could apply if a leaseholder has not made the improvements he was obligated to or only in part, a judge will resolve the matter according to the circumstances. It shall always be possible to obtain the reimbursement for the amounts not used in such improvements, as well as interest on the sum of money of the reimbursement and any liability that may have been caused.

Contracts with undefined term have the inconvenience that the parties will have to make a separate agreement about the end of the contract, and if they fail to agree, the matter will have to be determined by the courts.

How effective is the Guatemalan legal system? 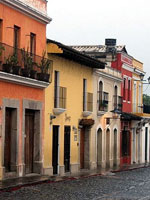 There are no specific courts for landlord and tenant issues. Any issues must be resolved in trial, according to the Civil and Mercantile Courts, using the "summary procedures".

As in many other countries in Latin America, there is a lack of speed in the legal system in Guatemala. It is best to resolve differences between the parties, and draft clear clauses in contracts. In case a party has to go to court, it will take time, depending on the defendant's attitude. The defendant may use all possible defenses, including constitutional actions such as the Amparo (legal protection) in order to delay the outcome of the trial. However the jurisprudence is very emphatic that judges must reject every attitude that may hinder the proceedings.

The majority of trials are quite short, lasting from 6 to 8 months. Regarding overdue payments, if there is an executive order, and there are goods to seize, it can be done in an average of three years.

The Civil Code contains the rules to follow in matters of property, contracts in general, and leasing contracts. Leasing is also regulated by the Leasehold Law, which dates back to 1961 with reforms in 1992 and 2005.

Other Laws related to Property Rights are:

Lease contracts were first regulated by the Civil Code of Law in 1877. Then in 1961 by decree 1468 Congress created the Leasehold Law, establishing a special procedure to be used by tenants against leaseholders.

Despite the subsequent introduction in 1964 of a new Civil Code of Law, and of a new Procedural Civil and Mercantile Code regulating judicial aspects of termination, cancellation and all other matters regarding leasing, tenants retained the choice of either using the special Leasehold Law procedure, or the Procedural Civil and Mercantile Code procedure.

Besides the 2005 reform, there have been no other major changes or new regulations with respect to leasing contracts in Guatemala.