Rental system is neutral to pro-landlord

Rents: Can landlord and tenant freely agree rents in Colombia? 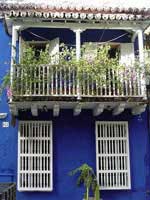 The rent can be fixed in any currency but, if fixed in a foreign currency, it has to be paid in Colombian pesos at the market exchange rate in force at the time of the contract, unless otherwise agreed by the parties.

There can be increases in the rent every 12 months of execution of the lease agreement. The increase cannot exceed 100% of the Consumer Price Index for the immediately preceding calendar year. In any case, the new rent has to conform to the parameters set forth above as to the limits of the initial rent.

If the tenant believes that the increase made by the landlord exceeds market prices, he has 6 months to request a revision before the Mayor's Office of the city where the dwelling is located.

Deposits for lease agreements are prohibited in Colombia. The law also forbids landlords from requesting liens to secure payment of tenant's contractual obligations.

What rights do landlords and tenants have in Colombia, especially as to duration of contract, and eviction?

Landlord and tenant can freely agree on the duration of the lease. If no specific duration is mentioned, the contract is understood to be for one year. Unless a notice of termination is duly sent, the contract will be renewed for successive equal terms if both parties have complied with their contractual obligations and the tenant accepts the increases in the rent authorized by law.

At any time, the parties can mutually agree to terminate the contract.

The landlord can unilaterally terminate the contract:


Similar provisions apply to termination of the contract by the tenant. 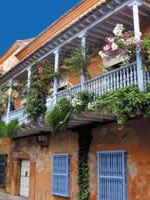 It should be noted that the tenant will be deemed to have breached the contract if he sublets or assigns the contract without the landlord's express authorization.

Both landlord and tenant are entitled to a right of retention if the other party is in breach of his duties. Therefore, the tenant can refuse to leave the dwelling if he has not received the indemnification ordered by law. Similarly, the landlord is entitled to keep possession of any goods left by the tenant if and as long as the tenant is in default in paying the rent.

These rules for the renewal and termination of the lease tend to favour landlords in practice.

How effective is the Colombian legal system?

Tenancy law is enforced before the civil courts. Procedures are long and the courts are saturated with a huge backlog of cases. Brigard & Urrutia believes that to complete an eviction of a tenant might take perhaps three years, including 45 days for service, two years for trial duration, and a year for enforcement. But the eviction proceedings, though long, protect landlords because tenants are obliged to pay rent while the proceeding is being heard in court.

The eviction process is regulated by Law 820 of 2003 and procedural rules are found in the Colombian Code of Civil Procedure. The proceeding, called "Proceso de restitución de inmueble arrendado" is carried out through a summary procedure with the intervention of the tenant. However, if the complaint is based on failure to pay the rent, the tenant will not be heard unless he deposits the outstanding rents before the court. The tenant is entitled to reimbursement for the improvements and repairs made by him to the dwelling. The landlord can request the practice of precautionary measures, including seizure of tenant's assets, to ensure payment of the rent or of any other economic obligation under the contract. Judgments in eviction proceedings based on failure to pay the rent cannot be appealed.

It is not necessary to exhaust a conciliation hearing before initiating an eviction process, which is required for most other civil actions.

Colombian law is guided by the furtherance of two Constitutional principles: (i) the property must comply with a social purpose, and (ii) every person has the right to a proper dwelling.

The law has recently moved in the direction of reaching a balance between the rights of landlords and tenants. Landlords and real estate brokers have an organized lobby force in Congress and have been very successful in recent years in obtaining stronger protection from the law. Congress enacted Law 820 in 2003 to create a uniform normative body to regulate leasing of houses for residence, as opposed to leasing of houses for commercial uses and leasing of other goods. Law 820 was designed to provide flexibility in lease contracts and to the relation between landlords and tenants, considering that, at the time of its enactment, it was estimated that 15 million people lived in rented dwellings and 90% of them were low income population. The law attempts to offer new possibilities for appropriate dwellings for low income families and to promote the construction of buildings for rent.