Neutral between landlord and tenant 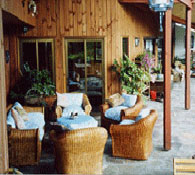 The following summary refers exclusively to the lease of real estate in urban areas; However, some guidance will be given as to the legislation governing the lease of property in rural areas.

Note: Chilean law states that the rights of the tenant cannot be waived. As a result, no agreement may alter them. In addition, Chilean law does not distinguish between Chilean nationals and foreigners (acting as either a tenant or a landlord).

Rent: Can landlord and tenant freely agree rents in Chile?

The amount of rent can be freely agreed on between the landlord and the tenant. The amount of rent -- as well as the term of the lease contract -- must be stated in writing otherwise the law presumes that the rent is based on what the tenant declares it to be. Strictly speaking, the monetary figure of the lease contract becomes "the rent" only when the payment is periodical, which is precisely what, happens in most cases (usually monthly). 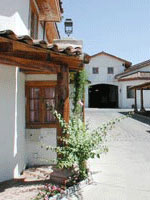 There is no legal maximum deposit. Most usually, landlords request a deposit of one month's rent. This deposit is handed over along with the payment of the first month's rent. This deposit is deemed to be a security deposit, which is held by the landlord until the conclusion of the contract in order to safeguard the tenancy obligations. Only when a tenant has damaged the property may the landlord retain all or part of the deposit (according to the amount of damage, which should be subtracted accordingly to the price of damage). If, on the other hand, at the conclusion of the lease there has been no damage to the property, the deposit must be returned to the tenant duly readjusted according to the IPC (Consumer Price Index).

This deposit cannot be imputed to unpaid rent. However, in practice, this deposit usually becomes that last month's rent (which would, needless to say, be equal to paying the rent as usual and simultaneously be given back the deposit that was made in the same amount at the start of the contract). At this time, the tenant would vacate the premises.

What rights do landlords and tenants have in Chile, especially as to duration of contract, and eviction?

Monthly contracts ("mes a mes") and contracts without a specified term (indefinitive duration). The landlord can only terminate these contracts by way of either a judicial eviction, or by way of an eviction personally notified to the tenant by way of a Notary Public. The landlord need not give a reason. In both situations, the law provides two months as the minimum time limit for the tenant to vacate the premises. The time limit increases by one month for every complete year that the tenant has occupied the property, up to six years (six months is the maximum notice period). The tenant must pay rent until the day on which the property is vacated, even if he or she returns the property before the time limit set by the law. 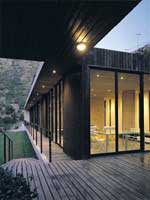 However, in case of violations on the part of the tenant of his/her obligations and duties (i.e. failure to pay the required rent on time, or other violations) the landlord is entitled to commence legal proceedings under Law N° 18.101 of 1982 - with the amendments incorporated by Law N° 19.866 of 2003.

In the case of contracts with a specified duration of time but which do not exceed one year, the eviction can only be done judicially, and in this case the tenant would have a two-month time limit to vacate the premises. The rent must be paid until the restitution. As can be seen, in this situation the eviction cannot be done through a Notary Public. If, on the other hand, the tenant wanted to vacate the premises before the expiry of the agreed time limit, he or she may do it without having to pay the rent for the rest of the agreed-upon time.

Finally, in the case of contracts with a time limit of a year or more, and provided that the property is destined to be lived in, i.e., is residential, and sub-letting of the property has been prohibited by the landlord, the tenant would be entitled to terminate the contract at any given time, without having to give notice, and without having to pay the rent, which otherwise would be payable had he or she completed the duration of the contract. However the landlord cannot terminate the contract nearly so freely. If the landlord wants to terminate, he or she would need to do it by way of a judicial eviction, and in that case the tenant would again have a two-month time limit to evacuate the premises.

How effective is the Chilean legal system?

Tenancy is enforced before the courts, and the proceedings may be long. However, in the case of monthly contracts and contracts without a specified duration (indefinite term), the eviction does not need the intervention of the courts since it can also be done by way of a Notary Public.

There are, however, numerous situations in which legal proceedings may be started. For instance, the judicial eviction mentioned above, proceedings to obtain the restitution of the premises as a result of the expiry of the duration of the contract, proceedings to terminate the lease for failure to pay the required rent on time or because of other violations by the tenant, etc.

The leasing of a real estate in urban areas is primarily governed by law N° 18.101 of 1982, as amended by Law 19.866 of 2003. The lease of property in rural areas is governed by Decree N° 993 (this is a solemn contract, which requires to be executed by way of either a public deed before a Notary Public or a private instrument, in which case it necessitates the intervention of witnesses).

In all cases, the general norms of the Civil Code are complementarily applicable, notably the section in Book 4 on Contracts of Lease (Del Contrato de Arrendamiento, Titulo XXVI).