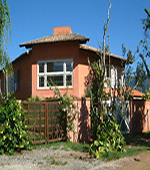 Two major international sporting events are propelling real estate investment in Brazil. The hosting of the 2014 Soccer World Cup and the 2016 Olympics has attracted investors to the emerging regional powerhouse.

Massive infrastructure spending combined with increase demand for housing, both for owner-occupancy and rental, is expected to boost the real estate market for several years.

The boom was slightly interrupted by the global financial crisis and economic slowdown in 2H-2008. After Rio de Janeiro, Brazil’s popular samba and beach city, clinched the bid to host the 2016 Olympics, the housing boom resumed immediately.

Economic prosperity ushered in by President Lula da Silva’s government led to rising incomes and lower unemployment. Financial market reforms created a new housing finance system, allowing households to turn their higher incomes into mortgage payments. Under his watch, the economy grew by an average of 4.7% from 2004 to 2008.

The right to host major international sporting events serves as monuments to Lula’s achievements and economic success. Brazil is the first South American country to host the Summer Olympics. On the other hand, the last time that the Soccer World Cup was hosted by a South American country was in 1978 by Argentina.

Brazil’s economy was not able to avoid recession in 2009 but contraction was minimal at -0.7%. Economic recovery is expected to resume in 2010 with a GDP growth of 3.5%.

After his re-election in 2006, President Lula announced a “growth-acceleration package”, including US$236 billion housing and infrastructure investments over the next four years. Despite the global crisis, the government is still continuing to address the country’s housing deficit, estimated at around 7.5 million housing units.

Brazil has Latin America’s highest level of inequality. This is very visible in the favelas on the hilly outskirts of Rio de Janeiro and other cities.

Home ownership is at 75%, with only about 14% of the 42 million housing stock rented. But around 85% of all homeowners live in low quality, self-built, single-room housing units.

A look at projects by Cyrela provides a glimpse into the market’s direction. Cyrela is the clear leader of Brazil’s highly fragmented real estate market, with a 10% market share in Sao Paolo, and 25% share in Rio de Janiero.

In response to overwhelming demand, developers like Cyrela have shifted from luxury and mid-high-end projects, to the “economic” and “middle” segments, i.e., to middle-class buyers.

Lula’s pro-market reforms have greatly helped expand Brazil’s mortgage market. The first big break was the government’s approval of fiduciary alienation, whereby the buyer becomes the owner of the property only after it has been fully paid. The bank or lending institution holds ownership of property, while the loan is being repaid.

This gives banks security, if buyers default. In the past, banks were reluctant to lend to households, because Brazilian courts were biased in favour of borrowers.

As a result, housing loan terms have become more favorable to borrowers:

In a report by Obelisk in August 2009, they noted that “mortgage lending for buying property in Brazil had reached R$23.2 billion (as of that month), an increase of 88% on the same period of 2008… A fundamental factor behind the enormous rise in mortgage lending for Brazilian real estate is the recent fall in interest rates (known as the Selic).”

“Brazil has traditionally been featured among countries with the highest interest rates in the world. However, rates have been gradually falling over the last two years. From a rate of nearly 20% in 2005, the Selic now stands at 8.75%, the target set by the Brazilian Central Bank for this year. The general consensus is that the Selic will continue to go down during the rest of this year and 2010,” said the Obelisk.

Cashing in on the boom

Lack of transparency makes property investing difficult in Brazil. There are no official statistics on real estate prices and transactions. The Brazilian Institute for Geography and Statistics (IBGE) does not even have official data on construction output or dwelling permits. Even international real estate firms have no estimates of residential real estate prices.

What can be gleaned from Cyrela’s quarterly earnings releases are average prices based on presales divided by income segment. Average prices are either highly erratic or relatively flat through time. This can be expected in an immature market with a large amount of new supply.

Though the crisis has halted the rise of Brazil’s homebuilders’ share prices, their performance has been better than the rest of the stock market. The stock market rally resumed after Brazil successfully clinched the Olympic deal.

In November 2009, rental yields in of apartments in Sao Paolo range from 6% to 10.6%, according to Global Property Guide research. Units measuring from 50 to 85 sq. m. earn double digit rental yields. Pent houses can produce yields from 6% to 7%. Rental yields in 2009 were generally higher compared to 2008.

Some analysts note growing foreign demand for second homes in Brazil. Antonio Montes, a business professor at the Instituto de Empresa in Spain, notes that around 5% of the 7 million tourists visiting Brazil annually, say they want to buy a second home there.

Nevertheless, foreigners still make up a small portion of property buyers in the market, despite the recent moves to liberalize foreign ownership restrictions. There are no restrictions on foreign property ownership in Brazil, except for areas near borders, coasts and other areas of national security.

The election of left-of-center Lula da Silva, a fomer union leader, in 2002, brought fears that he would embrace a socialist agenda similar to other countries in the region.

Instead, he introduced a pragmatic approach that combine the free market with social support for the poor and workers - similar to a European social democracy.

His reforms of government spending led to a budget surplus, within the first two years of his term, lowering Brazil’s credit risk.

The government also launched Bolsa Familia, a family grant programme for poor families that has helped more than 44 million people. The minimum wage was also modestly raised, at above-inflation rates. The unemployment rate was successfully brought down to below 8% for most of 2008 from more than 12% in 2003.

Prospects for strong economic growth for the next decade soared after the announcement of hosting the Olympic Games in 2016.

Massive benefits from the games include an injection of US$51 billion until 2027 and the creation of 120,000 jobs annually until 2016, according to studies by Sao Paolo business schools for the Ministry of Sports. The government plans to provide $11 billion of investments.

Rio de Jainero promised "impeccable games" that will improve the city´s infrastructure, security and environment, and generate 50,000 temporary jobs and 15,000 permanent ones.

Aside from the real estate industry, sectors to benefit clearly from the games include tourism, transport, and retail sectors. Hotels and airlines are expected to be among the biggest winners.

Long-term improvements in terms of peace and order and security are also expected. Massive relocation and reconstruction of favelas are also anticipated to provide long-terms benefits to residents of Sao Paolo and Rio de Jainero.