Rents: Can landlord and tenant freely agree rents in Ukraine?

As a general rule rent in private leases can be freely agreed between the parties, and is not subject to control.

Rent increases between private parties are not in general statutorily regulated, and the parties may agree on a procedure for periodic increases (e.g., depending on inflation). 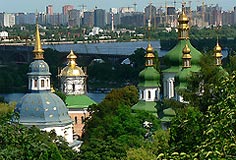 The Civil Code provides that limits on maximum rent may be imposed by special legislation. For instance rent with respect to land leased from the state may not be less than the amount of the land tax or more than 10% of the land's statutory value. The law regulates rent increases for specific kinds of leases, e.g., rent in respect of municipal agricultural land is reviewed every three years.

One type of security device expressly provided by the Civil Code which may be used in lease agreements to secure rent payments is earnest money. The earnest is a sum of money paid by the debtor to secure his performance. Thus if the tenant fails to pay on time, the earnest is kept by the landlord, and if the landlord fails to perform for his part (e.g., by not delivering the property), he must return twice the earnest amount.

What rights do landlords and tenants have in Ukraine, especially as to duration of contract, and eviction?

No notice is required to evict a tenant at the end of a fixed term contract. Any tenant may be expelled from the property if he does not leave voluntarily after the termination of a lease agreement.

Notice however is required in some instances. The rules vary, depending on the duration of the lease, and the reason for termination.

The tenant may at any time terminate the lease without application to the court, by giving three months notice to the landlord, or without notice, if the property has become unfit for habitation.

The landlord in a lease of no fixed duration is obliged to give three months advance termination notice. At the same time a landlord may terminate a lease without prior notice and without application to court if the tenant fails to pay rent for three consecutive months.

A landlord may terminate a lease agreement by application to court where the tenant:

A tenant may terminate a lease by application to court if:

With respect to residential leases (as opposed to commercial or other leases), a landlord may terminate a residential lease by application to court if the tenant fails to pay rent for six consecutive months (unless the lease agreement provides a longer time period), or destroys or damages the property;

A landlord may terminate a lease by application to court with a two months notice, if he needs the property for personal use;

The landlord may demand the termination of a residential lease agreement if the tenant, after a demand to stop, continues to use the property contrary to its intended use or systematically breaches rights of the neighbors.

A lease agreement may further be unilaterally terminated by either party either on a ground specially agreed by the parties, or in case of a material breach of the lease agreement by the other party.

How effective is the Ukraine's legal system?

Ukraine does not have special tribunals for hearing disputes under lease agreements. Lease disputes involving business entities are handled by commercial courts, and those involving at least one individual are handled by the general courts.

In commercial courts disputes by law should be decided within two months (three months in exceptional cases) after their acceptance by the court. In reality this requirement is often not observed, and cases drag on for many months and even years.

As to proceedings in general courts, the law does not set any time limit on their duration. In practice lease disputes in such courts may last from one to three months, and in some cases even longer.

Uncontested claims in general courts may be resolved pursuant to a summary proceeding. This may be used for instance for the recovery of overdue rent. Under this proceeding the debtor is not summoned to the court, and the court order is issued within three days after the court's hearing the case. But the court order does not take effect until after the debtor has reviewed the order and if he does not contest it within three days of receipt. If the court determines that a dispute is involved, the claim for summary enforcement is rejected and the creditor may bring a regular court action.

The Civil Code of Ukraine sets out the principles of law applicable to all contracts, including leases of land and of other immovable property. In Ukrainian law leases belong to the area of contract, not property. Specifically, a lease is a variety of the contract of rent, which encompasses all transfers for temporary use for a fee of movable or immovable property.

Rules relating to the formation, validity and performance of lease agreements are set out in the general part of the Civil Code dealing with rules applicable to all types of contracts. The specific regulation of leases is contained in the part of the Civil Code regulating the contract of rent. In that part the Code first establishes the general rules applicable to all rent contracts, and then proceeds to separately regulate contracts for the lease of land, buildings and residential property.

The Land Code generally governs all matters related to the creation, transfer and termination of all - public and private - rights in land. In the Land Code land leases are treated as a method of acquisition of use rights over land. The main focus of the Land Code as concerns land leases is on the procedure for the allocation of state-owned land to individuals and private firms under lease agreements. 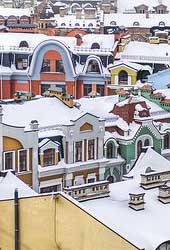 The major weakness of all the above enactments appears to be the overly general character of most of their provisions, making their application uncertain in the absence of sufficient court practice applying them. Further the Land Code's provisions in particular seem to be unduly restrictive and cumbersome, especially as regards the leasing of state-owned land.

Leases of immovable property, especially of land, were of limited application while Ukraine was part of the Soviet Union. Although the Ukrainian Civil Code of 1964 did provide for the agreement of rent, its application was almost exclusively limited to movable property.

In the Soviet Union all land was owned by the state, and land plots were assigned for use permanently or for fixed time periods to state organizations, enterprises (including collective farms) or individuals.

State enterprises and organizations did not own other kinds of immovable property, such as buildings, which were also in state ownership and assigned to state organizations and enterprises for use and operation. An authorized state agency could at any time take a building from an organization without compensation and transfer it to another entity.

As regards private persons the state could grant to individuals use rights to small land plots (typically for up to 0.06 ha) for gardening purposes. Rights to such land plots were more secure than those of state organizations, but still fell well short of full ownership.

As to residential properties, two forms of individual occupancy prevailed. First, city residents were mostly provided with state-owned apartments such that persons registered as official occupants in such apartments in fact if not in right acquired inheritable occupancy rights to them. Although the arrangement resembled a permanent lease in that it involved periodic payments to the state, it was based on a unilateral decision of the relevant housing authority rather than agreement. Second, many individuals lived in so-called service apartments provided by state organizations that employed them. Their occupancy was conditional on continued employment, the termination of which terminated occupancy rights.

In 1991 Ukraine adopted the Land Code, which permitted various forms of land leases, and in 1992 the law "On the Leasing of Assets of State Enterprises and Organizations", which allowed state enterprises and organizations, subject to the consent of responsible state agencies, to lease out state-owned assets held by them to third parties. Also 1992 saw the passing of the law "On the Privatization of the State Housing Stock", which over time brought about a gradual transfer of the bulk of state-owned apartments into private ownership of their occupants and thus created conditions for a sharp rise in residential leases.

As in time the 1991 Land Code proved inadequate in the regulation of land leases, it was supplemented in 1998 by the law "On the Lease of Land", and in 2001 was altogether replaced by the current Land Code.

Finally in 2004 the current Civil Code came into effect, which replaced the provisions on rent agreements in the 1964 Civil Code that had continued to governed leases until that time.