The Global Property Guide looks at inheritance from two angles: taxation, and what inheritance laws apply to foreigners leaving property in Switzerland: what restrictions there are and whether making a will is advisable.


How high are inheritance taxes in Switzerland?

No such tax exists at the federal level. The inheritance tax is a cantonal tax, based on the net assets transferred to the statutory or designated heirs or other beneficiaries. Increasingly, the cantons are in the process of eliminating the inheritance tax altogether, at least for descendants.

Inheritance taxes are imposed by the cantons and communes in the following situations: 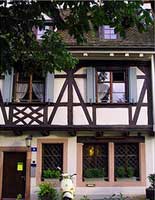 Canton of Bern
The inheritance of the spouse and descendants are not taxed in Bern. Inheritance or properties received by other individuals are taxed at progressive rates. An allowance of CHF10,000 (€8,333) can be deducted from the taxable inheritance. For assets utilized in business, only 50% of the net value is taxed.


The tax amount calculated above is still subject to a multiplier based on the degree of relationship:


The calculated tax will be subject to a multiplier, which is not equal to the coefficient set for income and wealth tax. The multiplier is set yearly. Descendants and ascendants in line as well as spouses are not subject to the multiplier.

If the taxable inheritance exceeds CHF1,500,000 (€1,250,000), a flat rate of 6% applies to the whole amount. A multiplier, which varies according to the relationship of the deceased and the beneficiary, is then applied to the calculated tax.