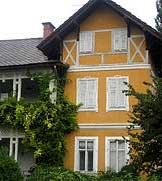 Rents: Can landlord and tenant freely agree rents in Slovenia?

Rents can be set freely by agreement between landlord and tenant. There is no rent control, except in the old state-owned sector, which is now relatively small.

Rents must however by law not be 'usurious', i.e., not more than 50% higher than average rents in the same local municipality. In practice, this is not followed; landlords can draw contracts and change it as they wish. Indexation of rent is permissible.

The law imposes no limit on deposits.

What rights do landlords and tenants have in Slovenia, especially as to duration of contract, and eviction?

The contract can be for any period of time.

The contract must be in written form. It must be registered with the local and tax authorities.

If the contract is for a definite period of time, the landlord has no obligation to renew the contract. If there has been no renewal 30 days before contract expiration, the tenant has to vacate the apartment at the day of expiration.

The tenant is always free to terminate a tenancy contract, without giving grounds, by serving 90 days' notice.

The applicable laws are scattered throughout the legislation, and include the Code of Obligations; the Tenancy Act of 1991, which was mainly concerned with privatization rather than with landlord/tenant law; and the New Tenancy Act of 2003 (NTA), which was mainly concerned with the regulation of property relations in privatized multi-apartment houses.

How effective is the Slovene legal system?

There are long delays in the Slovenian courts. Legal certainty is also not at a high level, as there is been almost no body of case law concerning landlord and tenant, and the Tenancy Act of 1991 was self-contradictory. 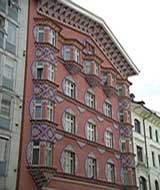 In the former Yugoslavia the great majority of people had their apartments on the basis of a so-called 'housing right'. Thiswas not privateproperty, but permanent, and very close to ownership. After 1991, many of these apartments were privatized through the tenancy Act (1991) at 10-20% of fair market value, except for the 'denationalized' apartments which reverted to their pre-socialist owners, with the occupants being converted into protected tenants paying non-profit rents. Today around 90% of all apartments are private property. One consequence is that today there are very few tenants in Slovenia, almost everyone who is housed, owns their own flat or private house.

Tenancy law has therefore never received very much attention. Most of the law is contained in the Code of Obligations, which is not restrictive, giving maximum freedom to contract.