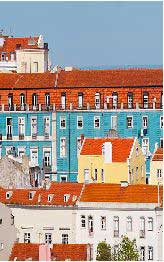 The law in Portugal is strongly pro-tenant, despite substantial changes being made this June 28th 2006, as a result of the New Urban Lease Act (Novo Regime de Arrendamento Urbano – “NRAU”). NRAU is enormously controversial, and is at the centre of passionate public debate, and may yet face constitutional challenges.

The urban lease regime in Portugal is in transition. After a timid reform in the 1990’s, substantial further changes are expected on June 28th 2006 as a result of the New Urban Lease Act (Novo Regime de Arrendamento Urbano – “NRAU”). Aimed at revitalizing Portuguese lease market, NRAU replaces previous legislation, and is applicable to all urban lease agreements, although agreements signed before 28th June 2006 are treated differently (notably regarding rent updates).

RAU is enormously controversial, and is at the centre of passionate public debate. It may yet face constitutional challenges involving the Portuguese President (Presidente da República), Parliament, and the Constitutional Court (Tribunal Constitucional). Indeed NRAU could well suffer a last-minute downfall. So we outline the existing legislation which will remain in force at least until 28th June 2006, notably the Urban Lease Act (Regime de Arrendamento Urbano – “RAU”). We mention NRAU where it will introduce changes.

This article does not cover Portuguese urban lease agreements for “special purposes” (e.g. temporary residence in vacation areas), whose terms can be (almost) completely agreed between the parties. 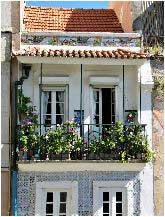 Rents: Can landlord and tenant freely agree rents in Portugal?

The amount of the rent can usually be freely agreed between the parties, with the exception of low cost housing (“conditioned rent” and “supported rent”).

Rent reviews can also be freely agreed (although they must take place annually), and, with careful drafting, cost-of-living rent increases and suchlike can be agreed (although in some types of non-residential lease such freedom depends on the existence of a first term of five years for the lease). If no specific agreement exists, the rent may be adjusted by the landlord annually according to scales periodically established by law.

The parties may agree on the payment of one month’s rent in advance (the agreement must be in writing). When NRAU becomes effective, the parties will be able to agree up to three months’ rent in advance. Rent is due on the 1st day of each month, except where the parties agree otherwise.

Security deposits are allowed, and will continue to be allowed.

What rights do landlords and tenants have in Portugal, especially as to duration of contract, and eviction?

In this area the differences between the present legal situation (RAU) and the laws shortly to be introduced (NRAU) are a little complex:

Open-ended leases are the “general regime.” Fixed-term leases are only allowed where the agreed first period is of a minimum five years’ duration, and at most 30 years. Automatic extensions of three years apply for residential leases. 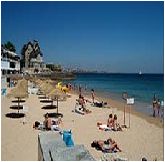 The landlord may only terminate the lease agreement for a few reasons including (but not limited to):


Eviction must be through an eviction claim (Acção de Despejo) in the courts.

The landlord may also (with some exceptions):

The tenant may terminate the lease at any time based on the landlord’s breach of the contract.

The parties may stipulate a fixed term for contracts with a minimum initial term of five years. There are automatic and consecutive extensions of three years. In the absence of such a fixed term stipulation, the lease agreement will be considered open-ended.

Residential leases may be terminated as follows:

A forthcoming package of extrajudicial instruments is expected to allow enforcement, in some cases, without prior declaratory judicial proceedings (including cases where there is a termination agreement, or evidence of notification to the tenant of executive procedures claiming payments of rent).

Non-residential leases will follow a different regime, an innovation introduced by NRAU.

How effective is the Portugal legal system?

According to the Government a complete eviction procedure presently takes about 31 months. It is not clear how long evictions will take under NRAU.

Currently, urban leases are regulated by the Portuguese Civil Code (Código Civil), by RAU (as amended), and by complementary legislation.

All this legislation will be replaced by NRAU, approved by the Portuguese Parliament (Assembleia da República) through Law n. 6/2006 published in Series I-A of the Portuguese Official Gazette (Diário da República) on 27th February, which will enter into force in June 28th 2006. It comprises the reinstatement of articles 1064º to 1113º of the Civil Code (Código Civil) and amendments to other relevant legislation, including the Civil Procedure Code (Código de Processo Civil).

The urban lease has been regulated in Portugal for several centuries. In the last 140 years it has been subject to hundreds of laws and regulations, mostly as a result of political changes during the 20th century. The 1966 Civil Code (Código Civil) consolidated the urban lease regulations to date, including the 1948 law suspending rent increases in Portugal’s two main cities, Lisbon and Oporto. 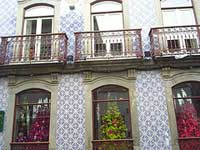 The left-wing revolution of 1974 and the turbulent 1980s ushered in a highly pro-tenant urban lease regime. There were severe restrictions on the landlord’s termination rights, and rent increases were forbidden or very much limited.

After 1990, RAU and its amendments introduced some changes (e.g. in respect of fixed-termed leases). But NRAU and its complementary legislation is expected to restore balance between landlord and tenants’ rights, restore competitiveness to the urban lease market, and allow the recovery of property from tenants. This will be a major turning point in Portuguese urban lease history, if NRAU is not smothered at birth.