Rents: Can landlord and tenant freely agree rents in Monaco?

The amount of rent is set only by market conditions, on agreement between the parties.

The parties might agree to a fixed rent over a defined period (e.g. 3 years); or that the rent will increase by a certain sum on each anniversary; or, more typically, by reference to a cost of construction index applying on each anniversary.

A deposit is lodged with the landlord such that the sum always represents three months' rent. This guarantees the cost of refurbishment should the property not be in the state of repair contractually agreed when the lease reaches an end.

What rights do landlords and tenants have in Monaco, especially as to duration of contract, and eviction?

The term of the lease is as fixed between the parties but cannot exceed 9 years. Typically residential property will be let out for one, two or three years. At the end of the defined period, the lease terminates, although it is usual to find an automatic renewal clause which will operate, save where either the landlord or tenant has given sufficient notice (three months) to stop the lease renewing. The tenant cannot break the contract of his own volition before the end of the term. He has a continuing obligation to pay the rent and respect the lease terms until the lease expires.

It is usual in such cases for leases to carry over simply by reference to the cost of construction index formula. But market conditions often mean that a landlord will formally terminate a lease by giving requisite notice, and then invite the tenant to enter into a new lease on different terms (usually this means an increase in rent is applied from the start of the new lease). The landlord and tenant can mutually agree that the contract comes to an end before the end of the term (this happens often, when the tenant asks that the contract be terminated, another tenant is found, and a new lease is entered into between the landlord and the new tenant). 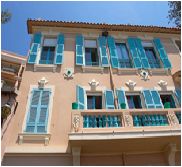 There is no provision for a landlord to take property back for his own/family use. The notice period is fixed contractually (almost always at three months) so if, say where a 3 year lease is concerned, a landlord wants the lease to terminate at the end of that 3 year term and it would renew if there were an automatic renewal clause in the lease such that it will renew if neither party gives notice (that is usual), then the landlord will need to give notice in the form prescribed in the lease (usually by registered letter) if he wishes to ensure it does not renew automatically.

How effective is the Monaco's legal system?

The legal system works well, not least because of the nature of the Principality, and the tenants who occupy premises, who are relatively unlikely to litigate. This stems from the fact that tenants' rights are limited. In the vast majority of cases a lease will clearly define the terms, rights and obligations. Outside of those contractual arrangements, there is no protection given a tenant other than obvious points such as:


Conversely a landlord can recover his premises, other than at the end of the lease, where a tenant is in breach of a material term (such as failure to pay rent). Fairly rapid redress is available to the landlord, who can expect to recover his property well within three months.

The Monaco Civil Code defines the parameters of how property may be rented out. A great deal of flexibility exists in the law for the parties to reach such terms as they might mutually agree, within the confines of local public policy.

The Principality of Monaco is an independent sovereign state which legislates directly in respect of all matters. Landlord and Tenant Law in Monaco must not be confused with, say, the law of neighbouring France, and important differences exist.

In the residential / non-commercial market, a number of specific properties have been brought within a protected market, subject to specific laws which tend to give protections to tenants provided they meet certain criteria such as nationality, the amount of time they have resided or worked in the Principality. 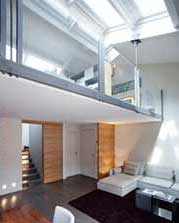 But the vast bulk of property available for acquisition in Monaco - and there are no restrictions on who or what can acquire Monaco real estate is not subject to any protective laws, such that general law applies.

As a general comment, given the size of the Principality (approximately 2 square kilometres) and the general desirability of tenants to occupy property in an extremely safe and pleasant environment, the laws of supply and demand are such that agreements struck between landlords and tenants tend to be weighted heavily in the landlord's favour in the free market.