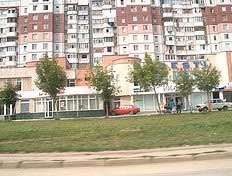 Rents: Can landlord and tenant freely agree rents in Moldova?

Rent for private property is set by the market. According to the 2003 Civil Code, landlords may increase rent once a year only, and only if economic conditions are such that leaving the rent unchanged would be unfair to the landlord. In the 2003 Civil Code, tenants can also claim a decrease in rent due to bad conditions of the property beyond the control and will of the tenant. The 1992 Law on Lease allows for a unilateral change in rent by the owner in case of change of prices, tariffs and others enacted by law.

Therefore, rent increases in Moldova can either be a product of a market driven mechanism (Civil Code) or from a unilateral decision of the landlord (Law on Lease).

The law does not regulate the deposit amount. Any deposit must be clearly stated in the lease contract.

What rights do landlords and tenants have in Moldova, especially as to duration of contract, and eviction?

Termination of the contract is automatic at the expiration of a fixed term contract. 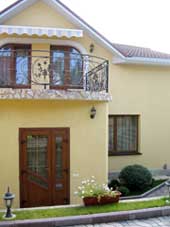 Lease contracts with indefinite terms may be terminated by either the landlord or tenant at three month's notice.

Termination of the lease without eviction notice is only possible if the condition of the property worsens and poses a threat to the safety and health of the tenant.

However, the 1992 Law on Lease, contradicting the 2003 Civil Code, allows unilateral termination of the contract through an execution of a court ruling.

Termination before the end of the contract by the landlord is possible in the following cases:


Termination before the end of the contract by the tenant is possible under the following cases:


How effective is the Moldovan legal system?

There are no special tribunals for resolving landlord tenant disputes. On average such disputes are settled in six months time.

Moldova's independence in 1991 saw the passage of new laws (promulgated in 1992) which defined landlord and tenant relations in Moldova: the Law on Lease, which applies to agricultural land and property, and the Law on Rent which applies to all real estate except agricultural land and property. The Civil Code of 2003 also regulates contracts, including lease contracts. However, legislation on landlord and tenant relations in Moldova is

considerable weakened by the conflicting rules in recent Civil Code and the Law on Lease. Some of their major conflicts cover registration of lease agreement, classification of non-agricultural lease, and length of lease contract.

Even if the Civil Code takes precedence over the Law on Rent, the contradictions between the two laws create confusion, especially in litigation.

There has been no talk of updating the Law on Rent.