Law is pro-landlord in Malta, but courts are impossibly slow

Landlord and tenant law in Malta is pro-landlord. 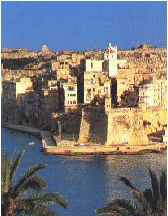 Rents: Can landlord and tenant freely agree rents in Malta?

Rents can be freely negotiated on the lease of any dwelling house entered into on or after the 1st June 1995. This paper deals exclusively with leases made after this date.

Rent increases may be freely agreed between landlord and tenant. No law restricts the mechanism for such rent increases.

Non-residents are in some ways still restricted in the purchase of property in Malta, and in the granting of property on lease, even after the achievement of EU membership. However luxury premises owned by non-residents may normally be granted on lease. Furthermore there are no restrictions on properties purchased in special designated prestigious areas.

The parties are free to negotiate any amount of security deposit. It is common for the landlord to retain an amount equivalent to one month rent at the commencement of the lease as security deposit, which will be returned to the tenant at the end of the lease if all his obligations are fulfilled.

Rent is normally payable monthly in advance, and rental deposits are not frequently taken. A payment of rent in advance for more than six months may be null in certain circumstances.

What rights do landlords and tenants have in Malta, especially as to duration of contract, and eviction?

The parties are free to negotiate any duration. If the duration is longer than 16 years, care must be taken in drafting and in the conditions, to avoid the danger that the lease could be interpreted to be another type of contract (emphyteusis) not intended by the parties.

Notice is voluntary at the expiry of the lease of a determinate period, unless it is a contractual condition.

If, after the end of the lease, the tenant is allowed to continue enjoying the premises, the lease will be considered to be tacitly renewed under the same conditions, for a period equivalent to the way the rent was agreed. For example for one month, if the rent has been agreed upon at so much a month. Tacit renewal does not take place if the landlord had given notice to the tenant to vacate. If the lease is tacitly renewed, then notice is required by the landlord.

The parties are free to negotiate any grounds for early termination, including to allow the tenant to terminate at will, though this is not common. An almost standard clause allows the (non resident) tenant to terminate the lease should he need to leave Malta. A reasonable notice period is always inserted. Early termination by landlord or tenant is always possible if there has been a serious breach of express or implied conditions of the lease, whether this is contractually stated, or not. The parties are free to negotiate any additional grounds for early termination.

Any lease for a period exceeding two years must be in writing, on pain of nullity.

The ordinary law of Landlord and Tenant has since 1868 been the abovementioned Civil Code provisions. In 1939, special "emergency" legislation was introduced, giving very strong protection and advantages to tenants, and extensive power to the Housing Authority to requisition premises. This legislation is still in force - around a quarter of the housing stock is still rent-controlled - although the power of requisitioning has practically been abolished. However, by a law passed in 1995, leases entered into after 1st June 1995 are excluded from the application of this special legislation, and the ordinary law applies.