The crash continues in Bulgaria, but there are positive signs 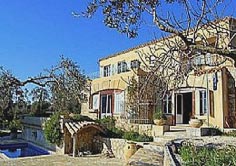 The Bulgarian housing market remains in the doldrums. House prices continued to drop in Q1 2010, amid a poor economic environment

Despite sharp drops in many areas, prices rose in three provinces for the first time since the housing slump. Sofia province rallied strongly, up 7.46% year-on-year to Q1 2010. Vidin and Haskovo had modest increases of 1.61% and 0.37% respectively. These price recoveries have powered hopes that market conditions will improve.

Foreign demand has fallen off a cliff

A large part of foreign investments (FDI) entering Bulgaria in recent years went into real estate, and these have shrunk dramatically. Real estate FDI was only €61 million in Q1 2010, down from €182.2 million a year ago, and massively down from the peak of €853.6 million of Q3 2007.

The housing downturn in Bulgaria started when the global financial crisis hit Europe in late 2008.

Despite the weak prices, some agents say sales surged by 40% in Q1 compared to the same quarter last year.  According to Colliers Bulgaria, sales began to pick up as early as August 2009, after months of stagnation. Houses priced below €1,000 per square metre were the most marketable.

However Foros, another real estate firm, reported a decline of 26% in completed purchase transactions over the year to Q1 2010.

British and Russians are the top foreign buyers of Bulgarian real estate, buying holiday houses near the Black Sea and the Danube River.  Hit by the financial crisis, in Q1 2010 there was a net outflow of €30 million of UK investment from Bulgaria, in sharp contrast to the inflow of €129.8 million in Q1 2009.

The economy is in recession

The global financial crisis sent Bulgaria into recession in 2009. After growing by 6% in 2008, the Bulgarian economy shrank  5% in 2009. Exports, consumption and capital formation were all down. The economy continued to deteriorate in Q1 2010, with GDP down by 4% from Q1 2009 – the second largest GDP fall among European Union countries.

Many housing construction projects have been halted. Dwellings completed in Q1 2010 were 26.9% down from Q1 2009, and building permits were 32.8% lower. But the really significant decline had happened a year earlier - Yambol and the capital city of Sofia had huge declines of more than 70% year-on-year to Q1 2009.

In May 2010, non-performing housing loans reached BGN 48.6 million, or 13.1% of the Bulgaria’s total bad debts. In response, banks lowered the maximum loan-to-value ratio to 50%, and have implemented strict income and property requirements.