However, the federation will be dissolved in December 15, 2008. Following referendums, Curacao and Sint Maarten will become constituent countries within the Kingdom of Netherlands. The three other islands, Bonaire, Sint Eustatius and Saba will become direct parts of Netherlands as special municipalities.

Unity in the federation has diminished in recent years. Curacao and Sint Maarten, major tourist centres in the federation, say they can stand alone economically. The smaller islands say their concerns have been overlooked. There is still much uncertainty and negotiations associated with the dissolution.

Curacao is the de facto successor of Netherlands Antilles. Together with Aruba (another country within the Netherlands), Bonaire and Curacao form a group called the ABC Islands of the Leeward Antilles. These islands lie outside the Hurricane Belt, an added attraction for property buyers.

There are no restrictions on foreigners buying property.

Curacao and Bonaire properties are cheap 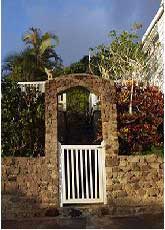 Rental Income: Rental income is levied at progressive rates, from 10% to 38%. Additionally, island surtax is applied on the income tax payable; 30% surtax in Curacao and 25% surtax in the other islands.

Capital Gains: There are no capital gains taxes.

Residents: Resident individuals are taxed on their worldwide income at progressive rates, from 10% to 38%.

Round-trip transaction costs, i.e., the total cost of buying and selling a property, are around 9.2% to 14.4% of the property's value.

The buyer usually pays the 4% transfer tax, and the registration costs of 1% to 2%. The seller pays the agent’s commission, which can range from 4.2% to 8.4% of the property's value.

Rent: Rents and rent increases can be freely negotiated. Long-term rental agreements usually cover one year, with automatic renewal after the first year.

Tenant Security: Non-payment of rent and breaching the terms of the rental agreement are grounds for eviction. But evicting local tenants can take a long time.

Standing on their own

The economy of the Netherlands Antilles is highly dependent on tourism, albeit with some oil refining and offshore financial services. GDP grew by an average of less than 1% from 2001 to 2005, after contracting between 1998 and 2000.

Curaçao, with a total land area of 444 sq. km. is well known for its coral reefs which make it an excellent spot for scuba diving. The beaches on the south side contain several diving spots. Aside from tourism, main industries of the island include oil refining and financial services. Shipping and other activity related to the port of Willemstad also makes a considerable contribution to the economy.

Bonaire, with a total land area of 288 sq. km, is similarly known its excellent scuba diving sites. It is often rated as one of the prime areas for shore diving and one of the best Caribbean diving locations in the world. The island is surrounded by a coral reef which is easily accessible from the shore along the Western and Southern sides. Furthermore, the entire coastline of the island has been declared a marine sanctuary, preserving local fish life.