Taxes on Residents' Income from Property in Martinique 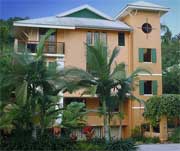 French residents are taxed on their global income.

French residents are taxed on a household basis, at progressive rates. The mode of calculation is somewhat strange, and emphasizes the familial nature of French society. The household's net taxable income is divided by the number of family members, calculated according to the so-called 'family coefficient rules' (e.g., a two parent family with two dependent children would result in the gross family income being divided by 3. The figure arrived at is taxed at the scale rates. Then the resulting amount is re-multiplied by whatever number was arrived at.

The following income tax rates apply for income earned in 2007:

Wealth tax is an annual tax that applies once French assets exceed €770,000.

TAX INCENTIVES
Special tax offsets are available for individuals investing in the French overseas departments and territories, including the 'Loi Girardin,' which concerns new or remodeled dwellings.

Beneficiaries must be tax-resident in France.

Loi Girardin - for individuals. Investors must either:


The maximum incentive is 64% of the building's cost, and can be deducted from individuals' tax payments:

Properties which have been used as a principal residence from the date of purchase, or for a minimum of five years, are exempt from CGT.

French residents pay an extra 11% over and above the CGT, in French National Insurance, making their effective CGT rate of 27%. Old age pensioners and invalids, even if nonresident, are exempt from CGT.

Corporate tax applies automatically to sociétés anonymes, sociétés par action simplifiées, sociétés a responsabilité limitée, sociétés en commandite par actions, and some co-operatives. Corporation tax may also apply to other bodies, such as sociétés civiles, and even to sociétés de personnes (partnerships), according to the nature of their business.

For enterprises of less than €7,630,000 turnover and with profits of less that €38,120, corporation tax on profits is 15%. Such corporations also do not pay the social contribution on profits. However, with some exceptions, if a company owns real estate in France, it will have to pay a 3% annual tax based on the property's market value.

Companies domiciled in France which pay corporation tax can recoup 100% of investments in the overseas departments and territories as tax rebate, if they invest in new productive investments lasting at least five years in industry, fishing, the hosterly business, tourism, new energy sources, audiovisual information services, BTP, du transport et de l'artisanat. This can include property investments if, again, they are subject to a rental contract of at least five years.