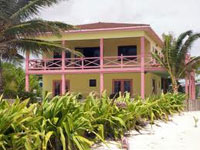 
These figures should be taken with some skepticism.  The Coldwell Banker HPCI is an annual snapshot study, which evaluates the average sales price of 2,200 sq. ft., four-bedroom, and 2.5 bath single-family dwellings in corporate middle management suburbs in different markets, mostly in the US.


Prices of inland residential properties rose by about 15% annually from 2003 to 2007.  Belize real estate prices rose rapidly from 2000 to 2007, with the help of the tourism and construction boom, which in turn was assisted by the Retired Person Incentive Act (RPIA), passed in September 1999, while in coastal and tourist areas, property prices rose as much as 30% every year over the same period.

Beachfront and ocean view properties are of course the most expensive.

Belize teems with natural wonders - beautiful beaches and tropical forests, plus the ancient Mayan temples.  Tourists have flocked over the past decade, and tourism now accounts 26.4% of Belize’s GDP.

The most popular destinations are Ambergris Caye and Placencia, which has most vacation and second homes. 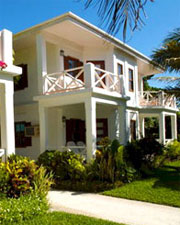 Ambergris Caye, whose main town is San Pedro, is the country’s exclusive high-end area. Oceanfront condominium units range from BZ$205,605 (US$104,900) to BZ$2,930,215 (US$1,495,000), with the median asking price for ocean view and beachfront condos BZ$535 (US$273) per square foot, according to revealrealestate.com. Ambergris Caye has 44% of all condo projects in the country, and in recent years there’s been a remarkable number of new real estate developments, including a new area known as ‘Costa del Sol’.

Buyers beware! In Belize, there are two prices for everything—the local price and the “rich foreigner” price. Since majority of properties for sale are not advertised, the best way to get a feel of the difference between the Belizean price and the non-Belizean price is to travel to the country and spend time there.

Belize was named as 2nd top rated place to retire by the American Association of Retired Persons (AARP)’s The Magazine in its September/October 2010 issue. Belize won 18th spot in the International Living’s Global Retirement Index: The Best Places in the World to Retire in 2010.  Belize scored highest in the ‘real estate’ category, with 83 points, and high on ‘Safety and Stability’ and ‘Special Benefits’ with 82 and 78 points respectively.

Belize’s unique attribute of being the only English-speaking Central American country appeals to US retirees. Aside from language and beautiful landscapes, foreign retirees benefit from Belize’s “Qualified Retired Persons” (QRP) program, which is similar to Panama’s Popular Pensionado Program, which gives tax and residency breaks to foreigners given the status of a Qualified Retired Person (QRP). To be designated a QRP under the program, the applicant should be:


Since 1983, according to International Organization for Migration, Belize (2010 pop. = 312,971) has received proportionately the largest influx of foreigners in Central America, but remains  one of the world’s least densely populated countries.

The reasons for slow mortgage market growth are simple:

A combination of natural factors – climate, the Belize Barrier Reef, a Caribbean flavor, as well as the Maya ruins make Belize truly Mother Nature’s best kept secret. Bordered to the north by Mexico, to the west and south by Guatemala and to the east by the Caribbean, Belize considers itself to be both Caribbean and Central American.

Belize was the seat of the Mayan civilization, and there are well-preserved archeological sites throughout the country, such Caracol, Lamanai and Xunantunich, which are easily accessible to tourists.

Tourists flock each year to marvel at Belize’s pristine beaches and virgin forests.  It has the world’s second largest reef barrier, and its Blue Hole can be seen from outer space. Three of the Western hemisphere’s most breath-taking coral atolls are off the coast of Belize. Numerous wildlife species shelter inland, and bird watching, nature trailing, and water sports are popular.

As an ecological paradise, tourists flock each year to marvel at the pristine beaches, great dive sites and virgin forests of Belize. There were 937,466 visitors in 2009, of which 232,247 stayed over. From January to October in 2010 stay-over visitors totaled 197,065.