Japanese law and practice is STRONGLY PRO-LANDLORD as a result of several new laws, having previously been pro-tenant.


Rents: Can landlord and tenant freely agree rents in Japan?

Rents are freely negotiated in Japan.

If both parties agree, the rent can be adjusted for the following reasons

About five to seven month's worth of rent is standard. The deposit is composed of the following:

A guarantor is also required before a contract is signed. Usually, it is the tenant's company or a wealthy Japanese. The guarantor takes the responsibility if the tenant is unable to pay the rent or room expenses.


What rights do landlords and tenants have in Japan, especially as to duration of contract, and eviction? 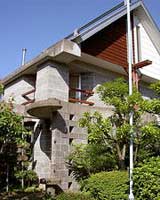 Contracts usually last for a year or two. If no renewals are intended, the tenant must leave by the expiration of the lease agreement. If the tenant intends to renew the contract, the necessary procedures must be completed by the tenant a month before the expiration of contract. The landlord might ask for an increase before the contract is renewed. Some agents ask for a renewal fee equivalent to about 1 month's rent for the new contract.

If the tenant intends to cancel the contract prematurely, the owner must be notified one month in advance. The owner might charge (or ask for a gift worth) one month's rent for the cancellation.

The landlord, on the other hand, can cancel the contract for any violation of the contract. Usual grounds for cancellation are non-payment of rent and other fees (rent are usually paid through electronic money transfer), alterations in the house, and excessive noise. Because of space limitations, subleasing is almost always prohibited.


How effective is the Japanese legal system?

In Japan, mediation is the preferred method of resolving disputes. Harmony or wa is more important than justice or compensation. Small claims procedure is usually used for the recovery of security deposits. Very few cases reach the formal court system.

In order to prevent troubles related to the recovery to the original state of private rental housing The Ministry of Land, Infrastructure and Transport (MLIT) have set up Troubles on Recovery to the Original State and Guidelines. The Standard Contract for Rental Housing and The Standard Contract for Rental Agency and Management Commission were also created by the MLIT in order to prevent troubles between owners and tenants.

Before the implementation of the revised Land and Housing Lease Act and the Law on the Promotion of Supply of Good Quality Housing in 2000, tenants could not be evicted without "just cause." This provision was intended to protect the family of soldiers during World War II, more half a century ago. This caused severe problems for landowners and landlords who were unable to reclaim their property.

After the property market crash in the early 1990s, banks were filled with repossessed property with non-paying tenants in it. It was also difficult to sell the property, because of the tenants that came with the property. To revive the housing market, several laws were passed to make it easier for landlords to evict tenants.