Will in South Africa

The Global Property Guide looks at inheritance from two angles: taxation, and what inheritance laws apply to foreigners leaving property in South Africa: what restrictions there are and whether making a will is advisable.

How high are inheritance taxes in South Africa?

The estate of a nonresident pays estate duty on properties located in South Africa. The deceased person is deemed to have disposed all his properties at market value.

Capital gains tax is payable by the estate of the deceased. To compute the gain, acquisition costs, transfer costs, and property improvement costs are deducted from the selling price. 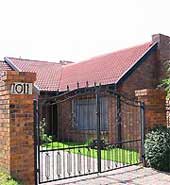 RESIDENTS
Resident individuals are taxed on their worldwide source of income. The exception to this rule comes when imposing estate duty on properties owned by a resident.

Although a resident´s property is subject to estate duty wherever it is situated, properties located outside South Africa are not taxable if they were acquired prior to residency (first time) or were inherited and donated by a nonresident after the deceased became a permanent resident of the country. The computation of estate duty is the same for both residents and nonresidents.

Donations tax is payable by the resident donor on the transfer of property to another person, at a flat rate of 20% on the value of the property. Nonresidents are not subject to donations tax.

Thanks to Delport Ward & Pienaar


South Africa´s inheritance laws apply to everyone who owns property in South Africa.


The three main statutes governing inheritance in South Africa are:

All property located in South Africa is subject to these laws, and there are no separate laws for foreigners. Immoveable property is not treated any differently to other types of moveable asset for inheritance purposes.

Inheritance issues of foreigners and South African citizens are primarily dealt with by the Master of the High Court; however if a dispute arises, then the case can be heard in any High Court of South Africa.

Although the Administration of Estates Act provides for a limit of 6 months to complete inheritance proceedings, in practice this limit is rarely adhered to. The duration of the proceedings is ultimately dependent upon the circumstances of each case, and the complexity of the surrounding legal issues. In general, the disposal of the deceased´s estate usually takes from 6 months to 2 years to complete.

Testators generally have freedom to dispose of property as they wish.

A few limitations apply in regard to a persons´ right to dispose of property by means of a will. One such limitation is the Maintenance of Surviving Spouses Act. If the surviving spouse has not been provided for in a will, and is unable to maintain him/herself from personal means or earnings, then he/she can claim against the estate of the deceased for the provision of his/her maintenance. Such a claim is valid only until the death or remarriage of the surviving spouse.

In the absence of a will, the estate is distributed according to the rules of Intestate Succession.
According to the Intestate Succession Act, the estate must be divided between the deceased´s spouse and dependants. In the absence of a will, the surviving spouse inherits the greater of R125,000 or a child´s share. A child´s share is determined by dividing the total value of the estate by the number of the children and the surviving spouse.

If the spouses were married in community of property, one half of the estate goes to the surviving spouse, and the other half devolves according to the rules of intestate succession. Children of the deceased inherit the balance of the estate, which may be held in trust, until they are old enough to become legal owners.

It is normal practice in South Africa to make a will.

The Wills Act regulates the formalities required for the execution, interpretation, and validity of wills, and also the competency of persons involved. These include the following:


Donations of property during the lifetime of the owner are subject to tax.

The donation of property is subject to tax, which is currently 20% of its value, payable by the donor; however, donations up to R100,000 and gifts between spouses are exempt.

Donations can be freely given during the lifetime of the owner, and cannot generally be challenged. However, following the death of the donor, a spouse can claim against a donation to acquire maintenance, following the rules of the Maintenance of Surviving Spouses Act. This Act does not provide the surviving spouse with a right of recourse against any person by whom money or property has been inherited following the terms of the Administration of Estates Act.

Spouses are normally married in community of property and are considered as joint owners.

Both spouses normally have equal rights of ownership and administration over their moveable and immoveable property. If one spouse purchases or inherits immovable property, then they are both automatically registered as joint owners. However, if they choose to be married outside the community of property, then the ownership rights can be registered by only one spouse.

The registration of property rights is regulated by the Deeds Registries Act.

There are no restrictions on the legal ownership of property in South Africa by non-residents. Foreigners can partially or wholly own property in the Republic, in their own names, or through an interest in other forms of legal entity, such as a Company, Corporation, or Trust.

South Africa has an efficient system of land and real property registration, based on the registration of title in the name of the owner. Although this system has been criticized on the grounds that it does not necessarily guarantee security of title, disputes relating to the validity of title are few.

Foreigners who acquire immovable property in South Africa through purchase or inheritance must register their transfer of ownership by registering a deed of transfer with the Registrar of Deeds in whose area the property is situated. The process of registering a deed of transfer is carried out by a conveyancer, or specialised lawyer, who acts upon a power of attorney granted by the owner of the property. Conveyancers are responsible for preparing the required transfer documentation, which must be lodged with the Registrar of Deeds. It is therefore important to obtain the services of a conveyancer in South Africa to ensure that registration of transfer is carried out correctly. Obtaining the services of an attorney in South Africa for inheritance and property transfer issues is also important in order to avoid the inconvenience of authenticating documents signed outside South Africa.

Foreigners should ensure their title deeds are endorsed ´non-resident´ so that, if they eventually sell the property, they have no difficulty repatriating the proceeds.

This site on SA Inheritance is useless. It pertains more to foreigns than local South Africans.

Are the laws regarding taking funds out of South Africa different if your South African relative died and left you money? I'm in a situation where it seems I have money stuck in South Africa.

Legally separated from husband who has made a will exluding self and son as beneficiaries. Death notice states marriage was OUT of community of property which is false- no pre or post nuptial agreement was signed. Can I contest will on this basis

1) What can I do with shares and money that I have inherited from my deceased parents, I live overseas?
2) Should I die and my money is in South Africa, what must my family do in order to get this money? Should I set up a Trust Fund?

i would like to find out who becomes the owner of a farm when one spouse dies without a will. they were married in community of property and the 2nd wife who was the legal spouse at the time of death had 2 children with the deceased. The deceased who owned the property prior to his marraige to 2nd wife had 7 children from his 1st wife.
Hope this is not too complicated.
Thanks
Jo-Anne

Please advise: I would like to buy a property in South Africa of which the owner past away 26 years ago and everyone mentioned in the will have either past away or cant be found. I have the original will document. What steps can I take?