Landlord has full control over rents

Rents: Can landlord and tenant freely agree rents in Senegal?

In theory rents on residential leases are fixed by law, according to the market value of the premises. However in practice, such rents are decided solely by the landlord.

Rents can only be revised every three years. In the event that a revision of the rent cannot be mutually agreed between landlord and tenant, it has to be fixed by the relevant Court, after the case has been referred to it by one of the parties. Otherwise, any increase will be considered illicit.

The tenancy agreement may stipulate a deposit to guarantee payment of the rent and fulfillment by the tenant of his obligations stipulated in the contract, such as the promise to make the premises as good as at the beginning of the contract, and to pay all electricity, telephone and water bills.

At the expiry of the tenancy agreement, the deposit shall be repaid by the landlord, unless his tenant still owes him money or has not fulfilled the above obligations.

What rights do landlords and tenants have in Senegal, especially as to duration of contract, and eviction?

By law, residential leases are either fixed for three years duration, renewable for the same period of time, or they are indefinite period contracts. In the case of definite-term leases, the parties must comply with the duration, or else the contract shall deemed to be for an indefinite period. The contract ends on the day of expiry, if not renewed for a fresh three year period, or alternatively ends when termination is mutually agreed by the parties.

The landlord shall be entitled to give notice to quit only for occupation by himself or spouse or his ancestor or descendant, or to demolish and rebuild the premises.

The tenancy contract may also be terminated by a mutual consent of the parties, or at thirty days' notice, for lack of compliance with the provisions of the contract.

How effective is the Senegalese legal system?

Despite the length of the proceedings, in general the legal system works. 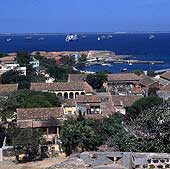 It usually takes two to nine months to obtain a judgment for the collection of unpaid rent.

Residential leases are ruled by the Law n°84-12 dated January 1984 as regards rent, the duration and termination of the contract, sublease and assigment of the contract and the obligations of the parties. This is part of the Civil and Commercial Obligation Code (Code des Obligations Civiles et Commerciales). Commercial leases are ruled by Uniform Act on Trade Law (Act Uniform portant sur le droit Commercial Général) dated April 17, 1997. This law is common to many African countries. 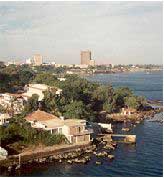 As a result of public concern about 'speculation' in property due to the perceived harmful effects of the shortage of property, the Government decided to regulate the sector with Law n°84-12 of January 1984 was voted, which aims to protect tenancy, and which originally covered both residential and commercial leases. However since the harmonized of business law by several countries, the Uniform Act on Trade Law was adopted, and now regulates matters related to commercial leases.