Property Law in Reunion Is.

Financial Overview: Property in Reunion Is.

France is pro-tenant. (See France Landlord and Tenant relations for the missing items.)

French law generously protects the tenant (the locataire). The relevant law is that of 6 July 1989. 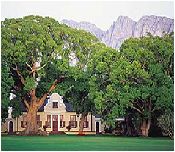 Rents: Can landlord and tenant freely agree rents in Re Union Is.?

The contract (le bail) must be in writing. There are a number of obligatory clauses, and also forbidden clauses. The initial rent can be freely agreed between the owner and the renter. However, the rent can be revised only once a year, and only if a clause in the contract (carefully drafted) specifies it. The increase cannot be above the increase of the four-quarterly average of the INSEE index of construction costs.

Landlords take a deposit of two months rent (called un chèque de caution), which is returned at the end of the rental period subject to it being partially or totally used to rectify any damager. The first month's rent is also paid in advance.

Estate agents (agences Immobilières) usually charge both the new tenant and the property owner half a month's rent, on signing a tenancy.

What rights do landlords and tenants have in Re Union Is., especially as to duration of contract, and eviction?

The tenant is free to leave whenever he wishes, subject to two, or more commonly, three months' notice (reduced to one month if the tenant loses his job, is over 60 and in bad health, etc). The landlord is not free to give such notice. Even when the contract ends, the owner can re-occupy the property if:


Notice must always be given at least six months before the end of the contract. 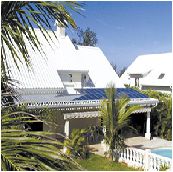 At the end of the contract, if the owner wishes to renew but also to raise the rent, he must demonstrate that the rent is manifestly underneath the current standard for the area and for comparable residences, by furnishing nine examples, each with extensive details - exact addresses, surface areas, state of decoration, date of construction, time during which the residences have been rented, and rental amount. If the increase arrived at is more than 10%, it must be spread over six years, even if the contract is only for three years. If no agreement is reached, the owner must go the Departmental Conciliation Commission (a free service), and if that fails, to a judge.

In no cases can the initial deposit be increased.

If the property is sold, the tenant must always be given first refusal, i.e., be given the opportunity to buy the property, at the agreed selling price.

These restrictions on the owner's right to evict have been blamed for the overall reduction nationwide in the offer of rentals, a trend which began last year, which has particularly affected Paris.

Furnished property benefits from slightly different treatment. Again, there must be a written contract. The contract duration is for one year; at the contract's end, it is automatically renewed, unless notice has been given by either side. The tenant can leave at any time, at a month's notice. 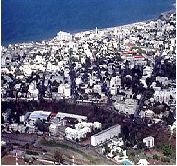 The owner cannot re-occupy the property at the end of the contract, unless he gives three months' notice and either intends to reoccupy or sell the apartment, or the tenant has failed to fulfill the contractual conditions.

Reunion Is. - More data and information