Property in Reunion Is.

Three times smaller than Corsica, Réunion has a population of 720,000, of which a quarter live in the attractive small capital, St. Denis, with its many Creole mansions.

Réunion is an Overseas Department of France (DOM). French taxes apply, and French citizenship rights are given. French is the official language, but Creole is the most widely spoken.

Almost exclusively visited by French holidaymakers, Réunion nevertheless offers all the usual benefits of a holiday to France - first class and an incredibly varied food, a chic and civilised lifestyle, boules and baguettes - but with an exotic setting, with an incredibly varied population composed of Africans and Malagasy (35%), Europeans (25%), Tamils (25%), Chinese (4%), and Gujarati Muslims (3%).

As in France, there are no restrictions on foreign ownership of properties.

One reason for these low rental yields is that French real estate investors draw their profits from the tax breaks on the initial investment, rather than from the rental yields. The DOMs are well-served by these tax breaks, particularly by the Loi Girardin. Foreign buyers can hardly hope to compete with the French, whose cost of capital is considerably lower.

Around 57% of dwellings are owner-occupied, and 40% in rental occupation. Slightly under half those renting property are in social housing.

Rental Income: Rental income earned by nonresidents is taxed at a flat rate of 20%. Distinction between furnished lettings and unfurnished lettings is important because it has implications for taxation, primarily for deductions allowed.

Capital Gains: EU residents and residents of France now pay 16% on the net gain, after inflation relief, and after deduction of acquisition and improvement costs. Non-residents of an EU country pay CGT at a rate of 33.3%, subject to any applicable double tax treaty.

Residents: French residents are taxed on their global income at progressive rates from 5.5% to 40%.

Round-trip transaction costs in Réunion, as in France, are high. Total costs for old properties (more than 5 years) can range from 16% to 27%. New properties without previous sales have the highest costs at 27.6% to 44% because of the 15.4% VAT. Notary fees for old properties are fixed at 8% while it ranges from 2% to 5% for new ones.

Rent: Though the initial rent can be freely agreed, the rent can only be revised once a year, and not more than the increase in the (new) INSEE rental index. In combination with a highly restrictive contract structure, this means that rentals of old apartments have tended to drag well behind new rentals and prices. 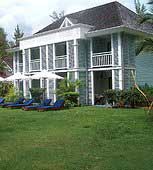 As a DOM, Réunion sends representatives to the National Assembly, the Senate, and elects a member of the European Parliament (Réunion is now represented in the French parliament by five deputies and three representatives). It also uses the Euro as its currency.

The per capita GDP is around US$6,000 per annum. Sugarcane has been the primary crop for more than a century, and in some years it accounts for 85% of exports, but is now declining. Unemployment is high, at around 33%.

The population is growing quite rapidly, and Le Réunion is expected to have a population of 1 million by 2025 according to the housing study group Agorah.

The government has pushed tourism to address the high unemployment rate. But Réunion is still highly dependent on continued financial assistance from France. Movements sponsoring independence have been sporadic and there is little will to sever ties with Paris.

Inequality between the well-off and the poor is very high. The white and Indian communities are substantially better off than other segments of the population, often approaching European standards. There was severe rioting in February 1991, which illustrates the seriousness of socioeconomic tensions.